There have been lots of challenges this year, but we have been safe and well and had a rock solid internet connection. 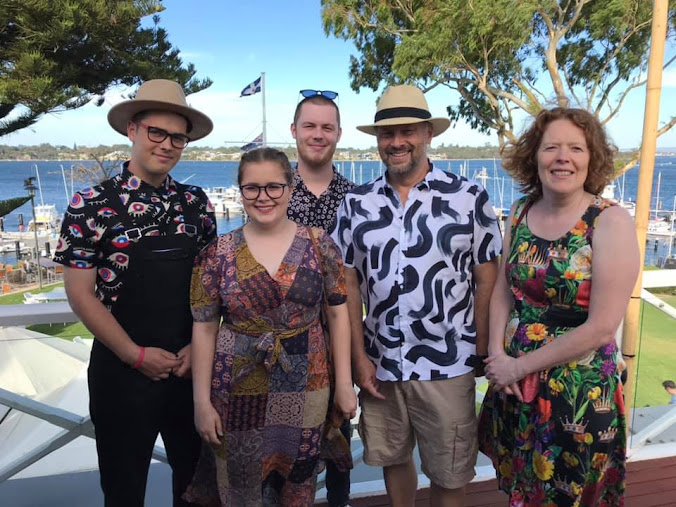 We had a family trip to Perth in January for Dave’s sister’s wedding.

Jonty's solo music project Dismantle the Sky released a single earlier in the year, while spoken word project "to call it home" put out an EP.

Susy nailed her driving test and got on the road.
Dave had just two weeks back at work after January holidays before he found himself serving on a jury for four weeks dealing with tax fraud.
Jonty and Marty's bands played on the same bill at The Factory Theatre for what turned out to be the last gig for a while.

Dave went into lockdown and started working from home. The man cave gained a heater, a desk and a WiFi repeater, and has been a haven through the winter. While local general practice looked a bit different to usual, Anne also started working at a local GP-led respiratory clinic, providing care for people who are unable to see their usual GP due to respiratory symptoms, as well as  doing COVID testing. This has continued to be a sometimes challenging (PPE is not so comfortable in hot weather) but also very enjoyable role.

Our all weather table tennis table had lots of use as it’s been moved around the back lawn to share the wear on the grass during the height of lock-down.
Our trusty old Golf that we'd owned for nearly 17 of its 24 years went to a new owner. 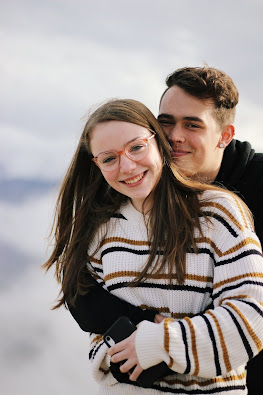 Marty continued to work for Fusion at a drop-in afternoon/evening programme, although for a while all meals were take away, and there was minimal interaction. He was also involved in running a Fusion school holiday song writing course.
May

Morning walks became easier to fit in without commuting, so Dave continued his daily 5.5 km trek up the hill to Pymble Station. New podcasts were found to fill in the time.
With church having gone online, there were lots of church music videos recorded at home supporting the weekly livestream.  There were several lovely Sunday evenings with all 5 of us at church online in our lounge room.

June
Susy 18th birthday celebrations had to be rearranged as the concert she and Jonty were  going to go to was cancelled. Jonty and Clare arranged a fantastic night in, with cocktails, pub style burgers and chips, and a substitute Bon Iver concert video, followed by ice cream sundaes.
Once we were allowed to have a few people over, we enjoyed hosting small dinner parties through May and June.
July 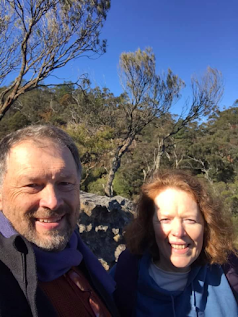 Anne and Dave had a "Christmas in July" weekend at Wentworth Falls with friends. There was walking, there was eating, there were G&Ts!
A couple of weeks later, the five of us had a lovely five day break on a little farm at Millfield (near Cessnock), a couple of hours north.
With restrictions easing a little, Susy had an Alice in Wonderland themed party with a small group of friends on a mid week afternoon during the holidays.
Soccer got underway for the boys in a delayed and truncated season. 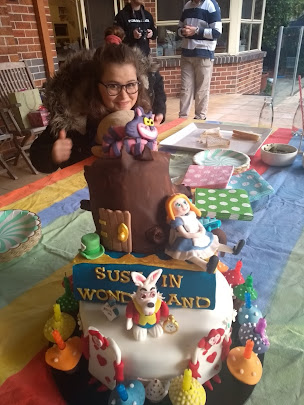 Jonty became the proud owner of a Nissan X-Trail.
Dave celebrated twenty years since carrying the Olympic Torch along the shores of Lake Macquarie. Meanwhile, a number of projects in the garden continued to develop nicely.

Anne started work in the GPs in Schools program, which involves visits to year 11 cohorts, helping kids understand how to access the health system, as well as  giving them an opportunity to discuss  all sorts of health issues. Most sessions are lots of fun, some are difficult for various reasons, but it is certainly a valuable programme.

September also saw Anne taking part in the Act for Peace refugee ration challenge, with a reminder that red kidney beans are not a favourite food. On a more serious note, Anne has started some involvement with Doctors 4 Refugees.

We watched Susy's graduation online, and she had her last day at school. Then, there were exams!
Marty's band released the second new single of the year, Rainfall Blues. Blink was the first.
Dave celebrated passing 1,000 km in his daily walks.

November
Jonty spent the year finishing off the last few subjects of his degree with online classes, and so now just has to sort out some paperwork to get his Bachelor of Communications (Creative Writing). 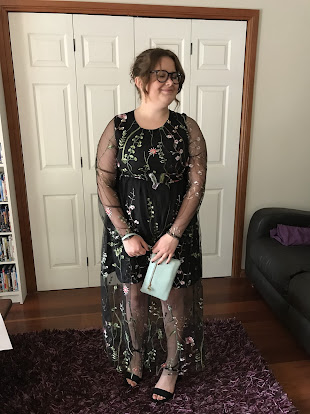 Susy's formal  and schoolies with friends all happened in the one week. 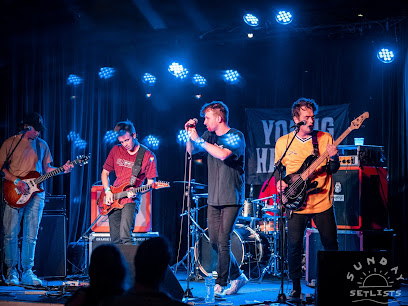 Meanwhile, she  has accepted an early offer to study communications/journalism at Charles Sturt University at Bathurst.
Marty's band played a gig where we all had to sit down and not sing along.

Jonty is finishing up his youth work job at the end of they year, while working hard getting all the preparations for Christmas done. He's looking to build a portfolio of work next year with music teaching, tutoring and writing.

Marty has finished the 3rd year of his 5 year Arts/Social Work degree. 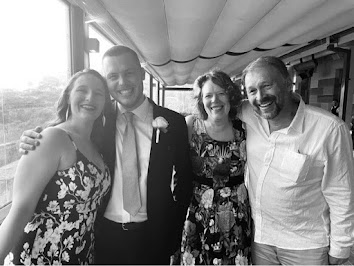 We had the joy of attending the wedding of the son of great friends of ours (who Dave was a groomsman for), with Jonty doing a great job as Best Man.

We’ll be celebrating Christmas with Anne’s family, and having some time away in the Blue Mountains after New Year. 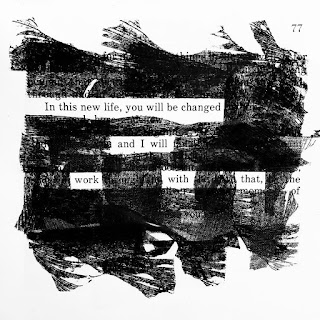 Image: Austin Kleon One of the creatives I follow closely is Austin Kleon, author of Steal like and Artist , Show Your Work , and Keep Going . He's recently published post " 100 things that Made My Year (2020) ". I'm still working my way through it - so should you!! Early on in lock down I attended an  online book club  with over 300 participants. It was a ral eye opener early on in the pandemic of how to adapt and make the most of new opportunities - it would never have benn run online before, and I'd have never been able to see it live before.